Deep, spooky woods, rock pinnacles of the most unusual shapes, cosy valleys along peaceful rivers, gently undulating meadows of tall grass… There is little doubt that Nature has let its imagination run riot here, leaving many of its most precious gifts to the landscape around Prague.

Film-makers seek out Central Bohemia not only for its many castles, châteaux and broader heritage. They often choose the region because its natural riches are very diverse, and satisfy all the artists’ demanding requirements. Be it for fairy-tales, dramas, action and historical imagery, serials from the past and present, works to make you laugh or cry, entertain and evoke new and imaginative ideas – there is much natural bounty in the Central Bohemian Region. Sceptical? Then go see…

The banks of the Berounka River enveloped in calm morning mist, fishing lines resting on the water, the whisper of tall grass on expansive meadows and the rustling of leaves in the treetops – there is nothing banal and boring about that, seen with a child’s gaze, when everyday life is so far away. Quite the opposite, everything is imbued with thrilling tales that only children’s eyes can see… or artists with loads of imagination! Such were Ota Pavel and Karel Kachyňa, the writer and the director, one an author of short stories, the other a cinemagician. Ota Paul loved the Křivoklátsko district, and his stories capture his love and admiration for the region, sparsely inhabited since ancient times and thus lush with abundant forests. Karel Kachyňa was able to take his memories, his sentences and convert them into the language of cinema. And so we have films that are watched avidly again and again, the fifth, the tenth time – ‘Smrt krásných srnců / Forbidden Dreams’ and ‘Zlatí úhoři / The Golden Eels’. The region around Křivoklát Castle has also enthralled film-makers from abroad. For example, see the American movies ‘Everything is Illuminated’ and ‘Tristan + Isolde’. 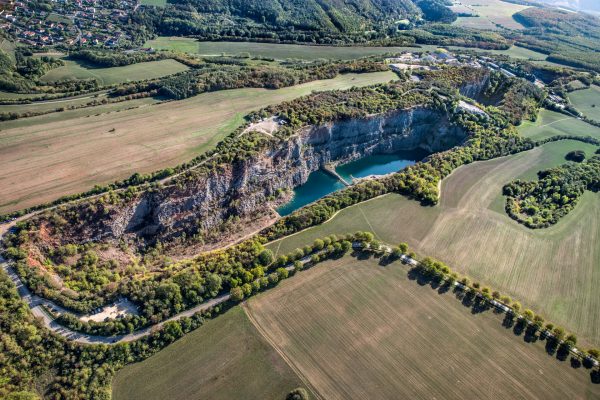 Are you after some breath-taking natural scenery? If so, there are the ‘Greater’ and ‘Lesser’ America limestone quarries in the Czech Karst protected landscape area.
A more expressive site would be hard to find in the whole of Central Bohemia. The pale grey cliffs, falling precipitously down to a dark blue surface, mirror-calm, surrounded by bushes and trees – fresh and green in the spring and summer, matt copper in the autumn… it’s a tall order to shoot any scenery footage here that would fail to be eye-catching. If proof be needed, there are films like Lemonade Joe, The Little Mermaid, Micimutr or ‘The Three of Us and the dog …’ (“My tři a pes z Pětipes”). 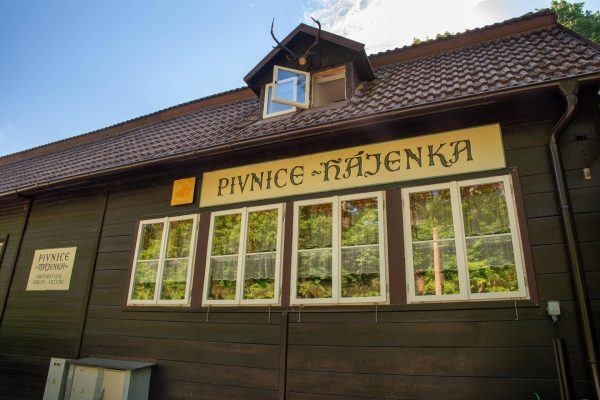 First of all, whether you like your wild boar served with rose-hip sauce or prefer cabbage, do visit the game restaurant Hájenka for this honest-to-goodness delicacy and then, suitably refreshed, take a tour of the region, made famous above all by a film based on the writings of Bohumil Hrabal, directed by Jiří Menzel. We are, of course, referring to the cult movie ‘Slavnosti sněženek / The Snowdrop Festival’, a motion picture at once poignant and funny, poetic and realistic, cheerful and sad. Thanks to this writer-director symbiosis, the area of Kersko (part of the village of Hradištko near Nymburk) is depicted so tangibly that we can almost feel ourselves strolling along its leaf-littered lanes. If you are looking for a place with a welcoming neighbourly atmosphere, your search is over – Kersko and the surrounding nature park Kersko-Bory are just what you’re after. 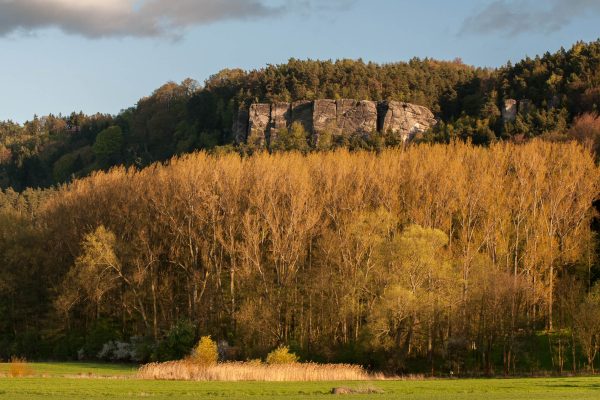 We’re sure that any number of those who took part in the film about Kuky the teddy bear are drawn back to ‘where the deed was done’, the locality where the puppet film by screenwriter and director Jan Svěrák was filmed – the Drábské světničky scenic rocks of the Bohemian Paradise. This former rock fortress, which offers an amazing vista of the surroundings lush and peaceful meadows and spooky forests will leave no soul untouched – whether aged seven or forty-and-up. This is a zone that stirs the imagination of everyone, big and small, evoking wishful daydreams, and loved by all. And everyone, regardless of age, will be glued to the screen, full of images taken in a landscape that seems as if straight out of childhood fantasy. 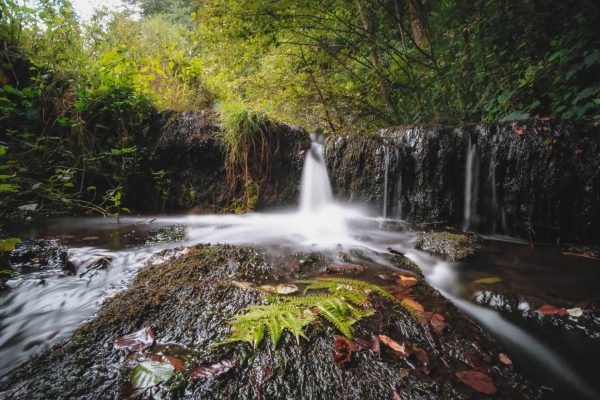 There’s a Czech saying that you can only go so many times to fetch water before the pitcher handle breaks. We would not dare to contradict the uncompromising wisdom of Aunt Catherine in the book and film version of Saturnin, and yet … Even if all the handles of all the pitchers were to break off on the way to the Bubovice waterfalls, as long as you still have a functioning vessel, the expedition to Bubovice stream will be worth the trip. This is a wondrous place, among the most beautiful in the Karlštejn National Nature Reserve, just made for dreaming… and for the silver screen! 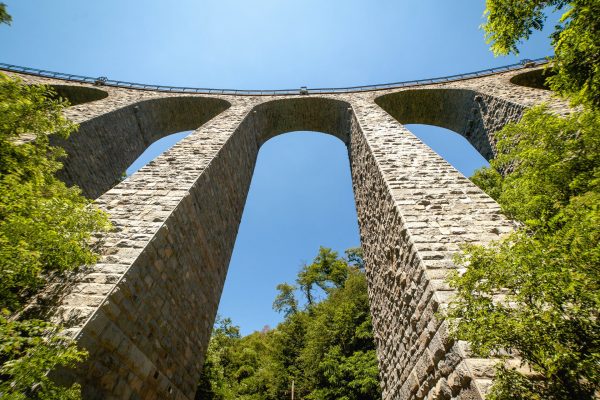 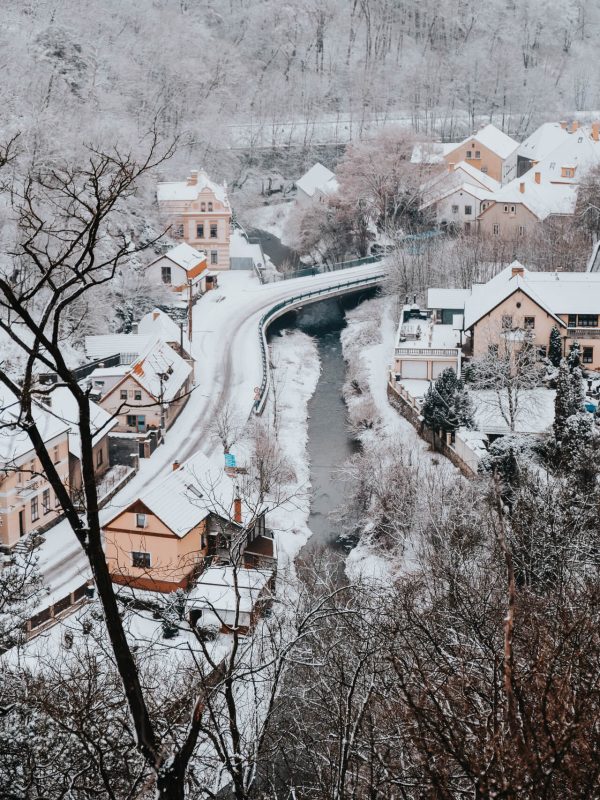 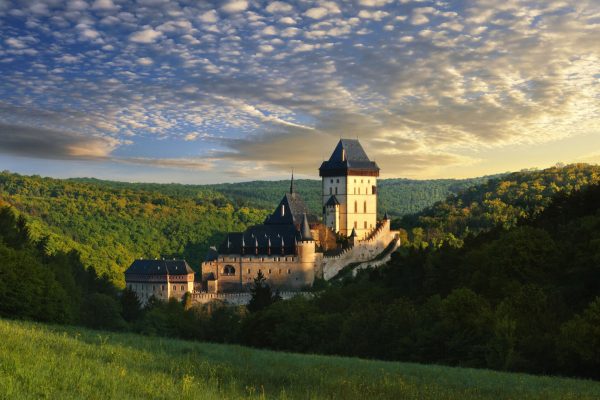 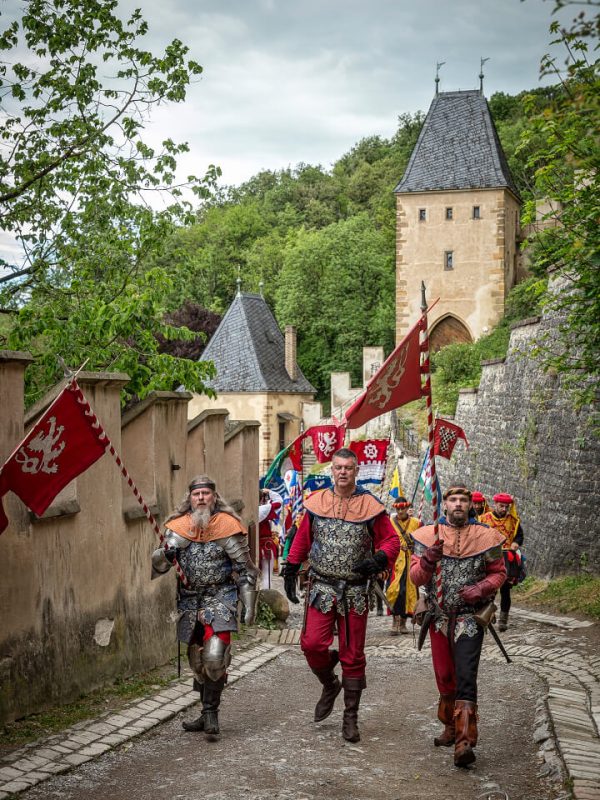 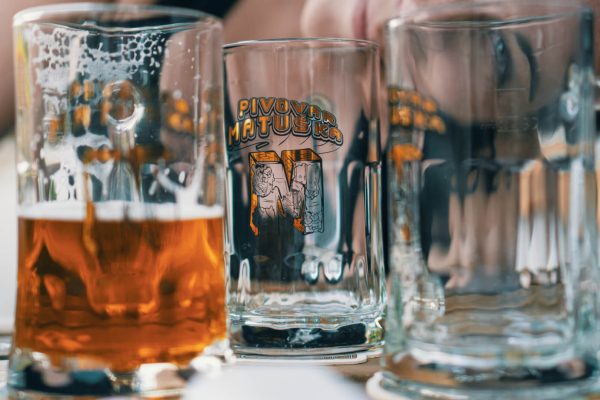