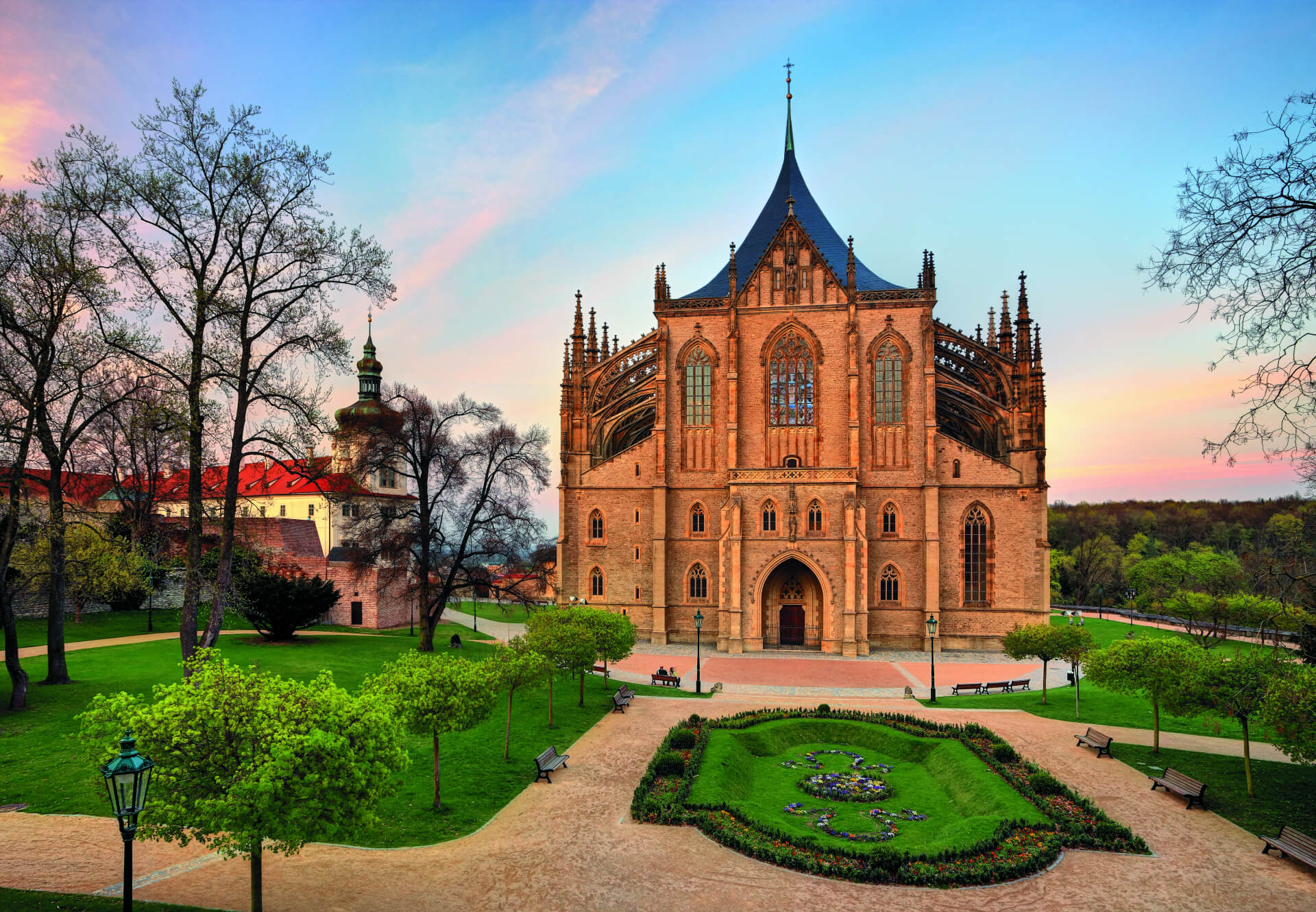 The Kutná Hora Cathedral of St Barbara together with the entire historic centre of the city was added to the UNESCO World Heritage List in 1995.

The Cathedral, regarded as a gem of late Gothic architecture, is one of only four Czech buildings of the cathedral type. Doubtless because it took a very long time to complete, with numerous builders and artists involved in its final appearance, it is literally an art gallery of several epochs.

The construction of the cathedral began in the second half of the 14th century and was from its beginnings connected with the miners, whose work led to the founding and flowering of medieval Kutná Hora. The connection with the miners is also borne out by the fact the cathedral is dedicated to the virgin Barbara, a Christian martyr and patron saint of all those with precarious and risky livelihoods, including miners, naturally.

The monumentality of the building is proof of the fame and wealth of Kutná Hora in the days when silver was mined here and the city was one of the most important in the Empire, and a financial centre – the Prague Groschen was minted here. However, this spectacular architectural work was not completed at all swiftly. Building-work faltered in the mid-16th century, funds were short and work had to be interrupted. During subsequent centuries, a number of renovations were made, the current form of the cathedral dating from the turn of the 19th and 20th century, when extensive reGothicization took place.

Each epoch left its indelible marks on the interior, a tribute to the brilliant artists and builders involved – in the cathedral nave are rare Gothic frescoes and precisely worked examples of stone-masonry, Baroque altars, sculptures and paintings, the nave’s main feature being a Renaissance pulpit with Baroque panelling. Among the most renowned builders and architects displaying their legacy and vision in how it has all turned out are Matěj Rejsek, who paid great attention to the decorative elements, and Benedikt Ried, who placed considerable emphasis on the overall architectural design.

In terms of the neo-Gothic reconstruction in the early part of the 20th century, many of the windows were decorated with stained glass whereon the painter František Urban portrayed a number of purely Christian motives and important events of his time. This tradition was followed in 2014 with the latest artistic work, namely the stained-glass motif of Saint Agnes Přemyslovna, transforming the last clear window of the cathedral into another work of art. 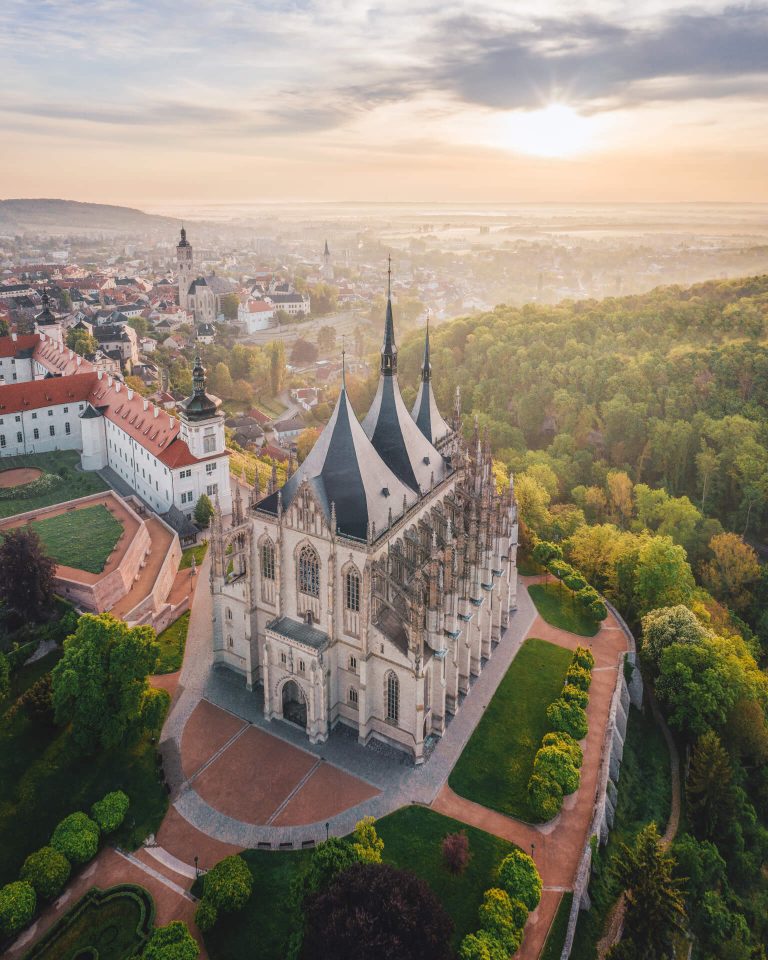 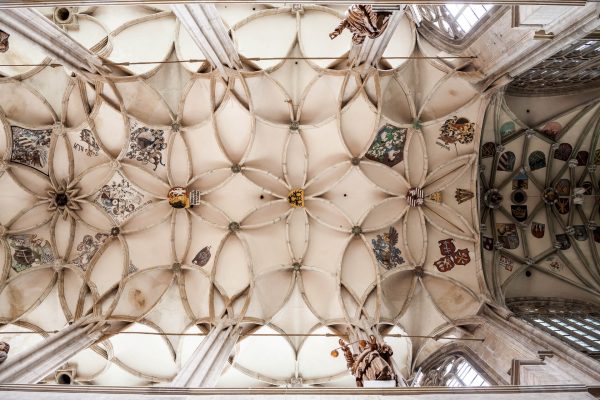 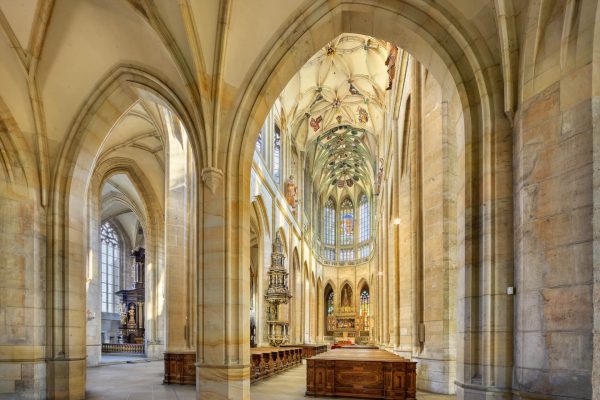 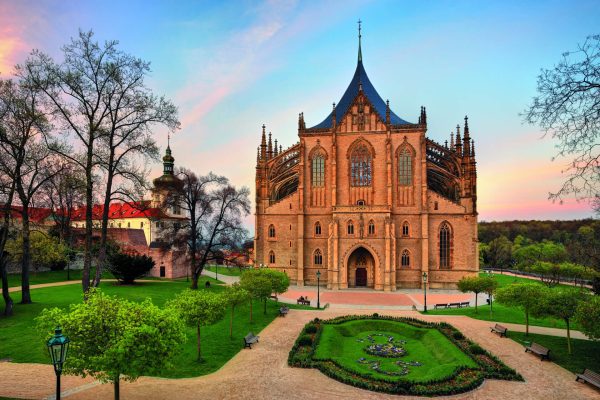