Žleby Château experienced its most famous era under the management of the House of Auersperg. They converted it into a romantic mansion surrounded by an impressive landscaped park.

The originally Gothic castle, most likely founded by the Lords of Lichtenburg, was first mentioned in 1289. Charles IV, the Roman Emperor and King of Bohemia, bought it in 1356. The castle was rented to various lords and knights, of which there were many. During the Hussite wars, the castle was besieged and conquered. Soldiers eager for revenge then partially demolished and burned the castle. The château complex of today is the result of its Late Gothic restoration from the mid-15th century. Another reconstruction to an even more comfortable and pretentious château with an arcade courtyard took place in the sixteenth century. The importance of Žleby grew under the reign of King George of Poděbrady, who relied on its support.

Of all the owners of this residence we should mention the old Tyrolean House of Auersperg. The Auersperg family acquired the château in 1754 and owned it until the 20th century. The most famous family member was Prince Vincenc Karel Auersperg, who modified the château in the romantic style and furnished the interior with rich collections of decorative furniture, rare paintings, luxurious tableware and weapons during his administration. The English-style landscape park was also created during this renovation. The prince wanted to fill the château gardens with historicist structures resembling medieval castle architecture and the park thereby became a place that seems to rise from the dreams of romantic poets and artists.

The east wing of the château has been part of a guided public tour since the end of the 19th century and the château interiors have preserved their noble ambience to this day. 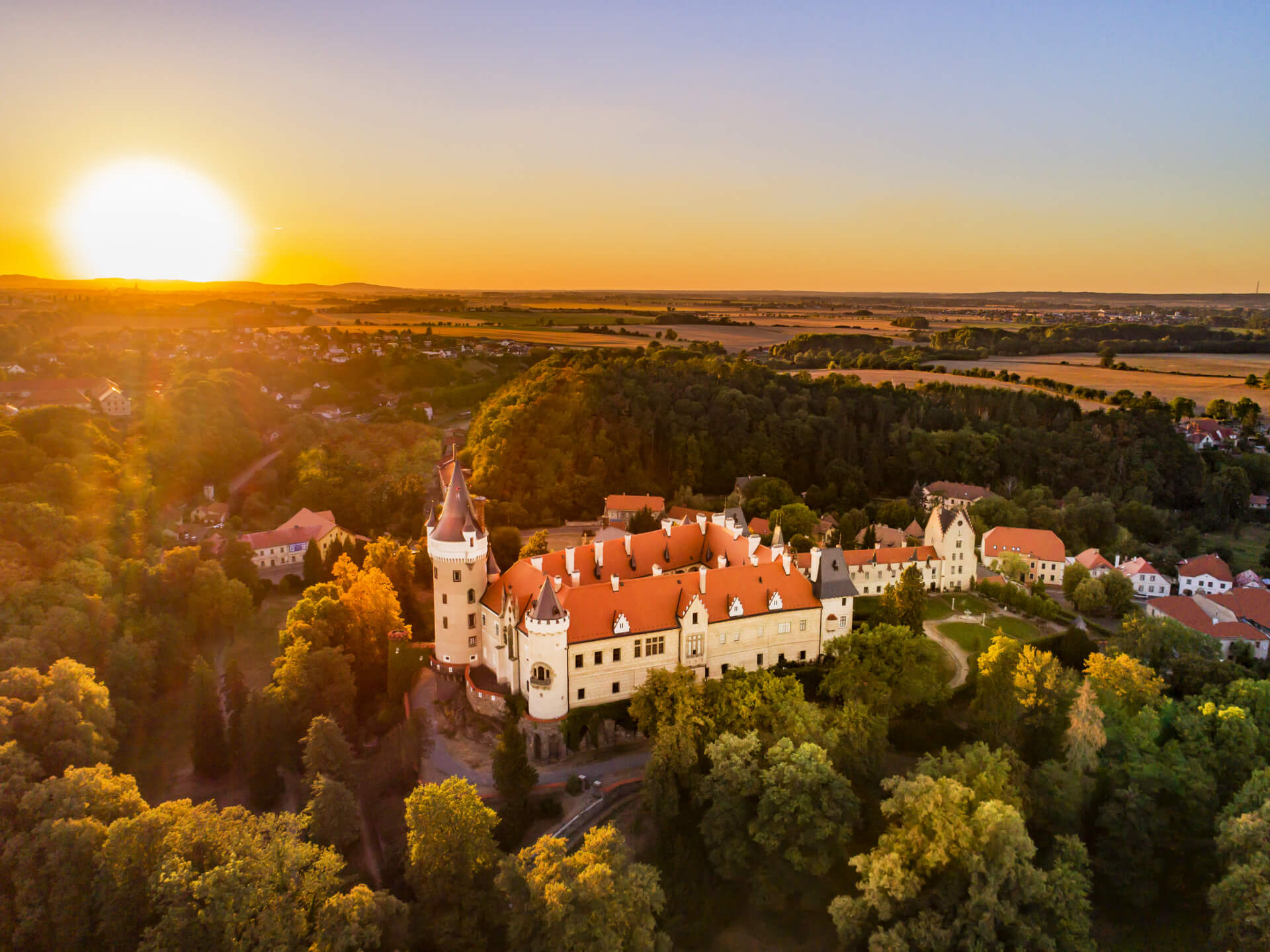 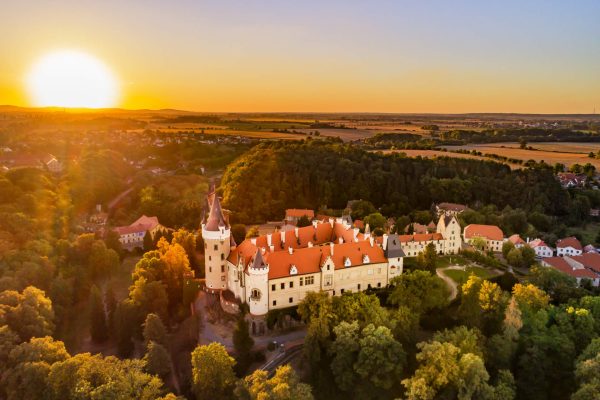 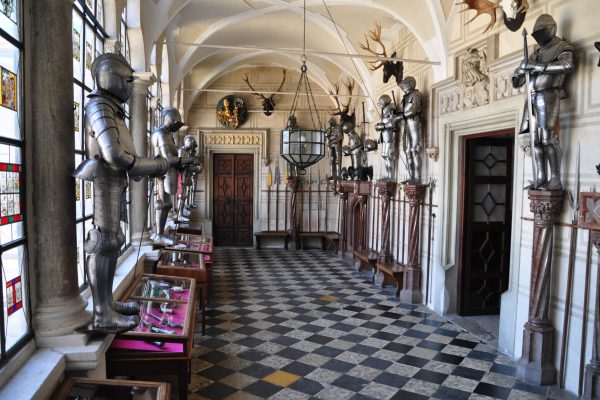 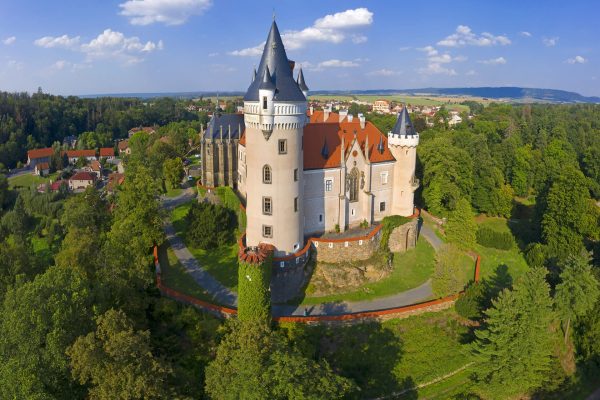 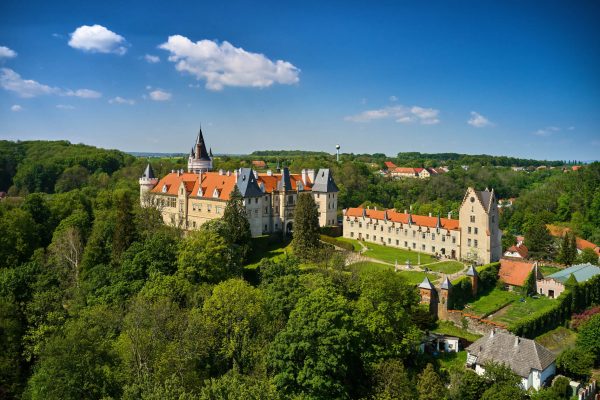 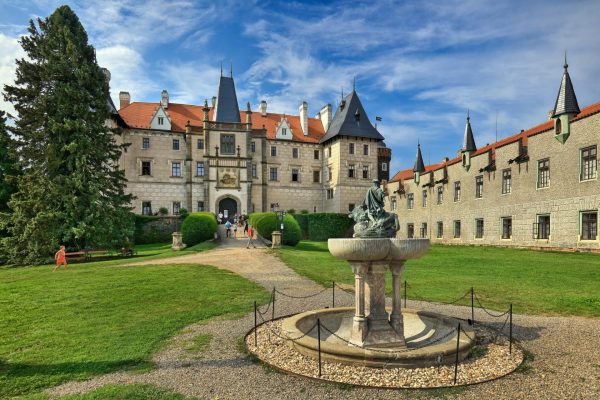